We recently supported the annual Leamington Business Awards on Friday 10th November at the Royal Pump Rooms. The event celebrated some of Leamington’s best business success stories, whilst raising over £5,000 for a local charity.

The black-tie ceremony was presided over by Master of Ceremonies, Dave Sharpe, and featured a three-course dinner, with entertainment and a charity raffle, as well as the awards presentation. We built a glittering backdrop to the proceedings and provided all of the sound, lighting, projection, award stings and general technical support throughout the event. The pinnacle of the evening saw the grand winners showered in confetti which was co-ordinated by our technicians who synchronised the impressive confetti blast to music. 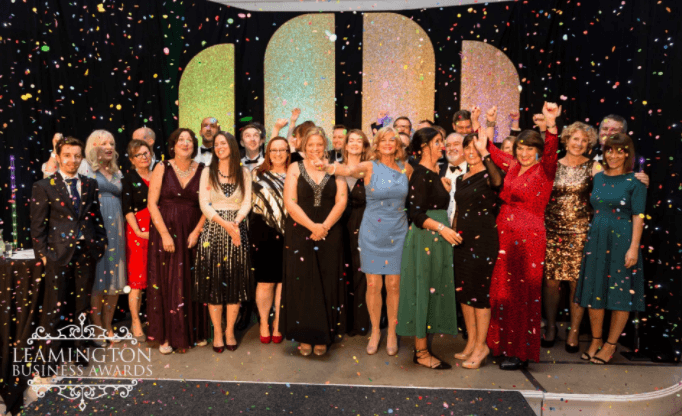 The Leamington Business Awards was made possible through the generous support of Istead, chartered accountancy firm ‘Harrison Beale & Owen’ and packaging manufacturers ‘The Box Factory’ alongside other local organisations who donated funds, supplies and skills to ensure the continued success of the event.

Event Manager of the Awards, Catherine Martin, gave us a fantastic testimonial following the success of the evening. You can read this here.

It was great to play a part in this special evening to celebrate and support local businesses. We always like to support our local community where we can and it’s been great to assist the Leamington Business Awards with their event. 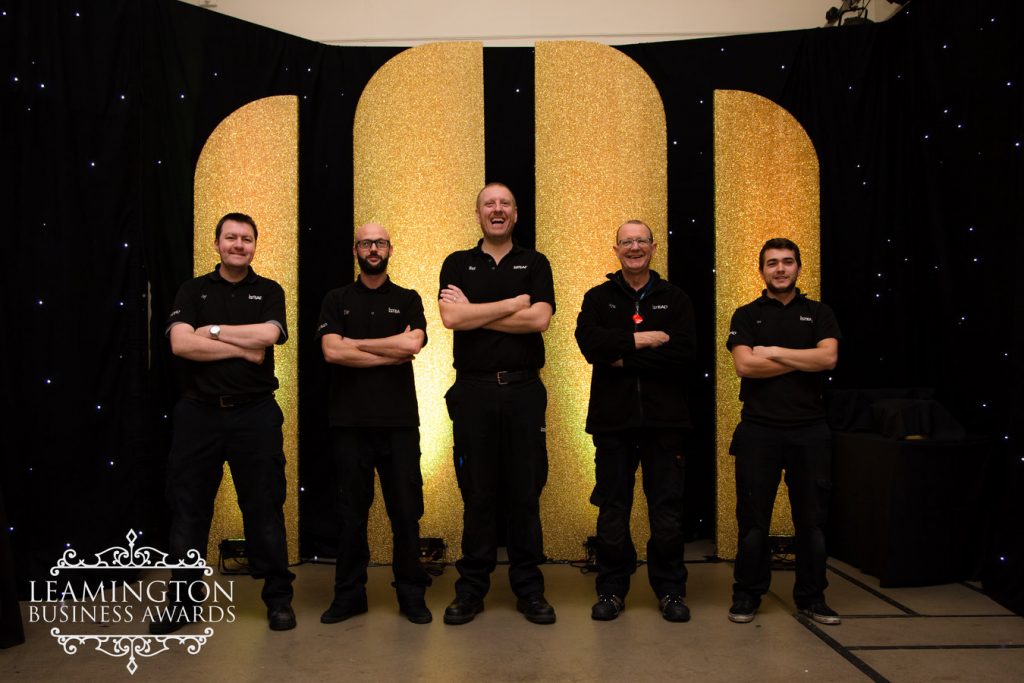 We are an audio visual company providing full AV support and conference production across the UK and Europe.